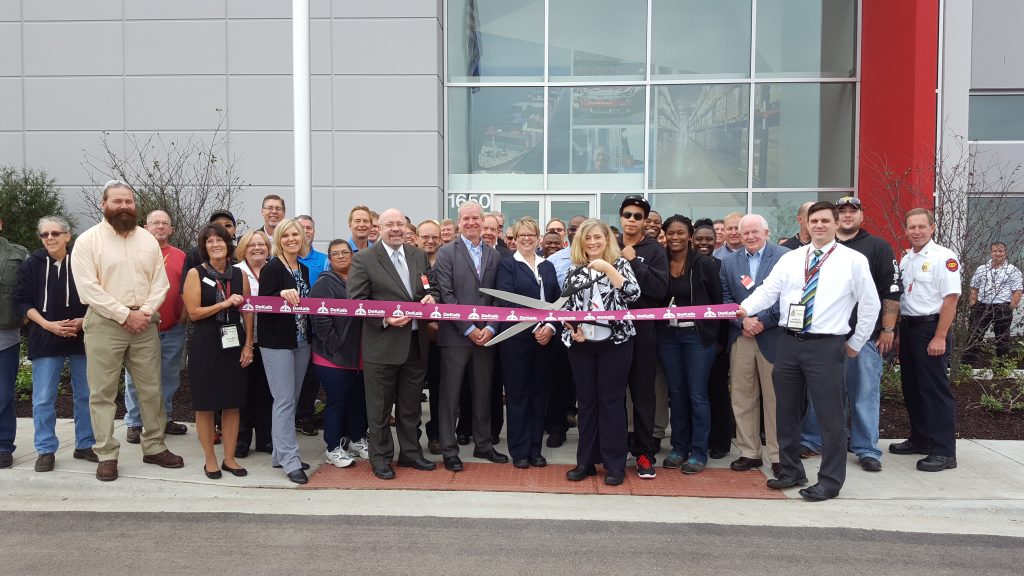 A ribbon cutting ceremony was held on Monday, October 3rd for the new 3M DK6 Distribution Center. This new building is now up and running and part of the already established 3M campus in Park 88, located immediately south of the City of DeKalb. DCEDC congratulates all involved in this significant accomplishment!

The 987,000 square foot facility is 3M’s fifth distribution center in the city. It was made possible by an intergovernmental property tax abatement with the City of DeKalb and other DeKalb taxing bodies. In addition, the city expedited permitting the ensure that 3M’s August, 2016 move-in deadline could be met. The project was developed by Venture One Real Estate and Clayco.