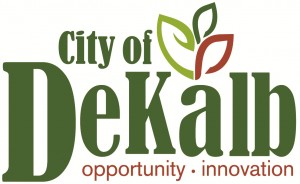 A new commuter connection would bring rail service from DeKalb to the Elburn station.  This commuter rail stop could make it more convenient for commuters traveling from DeKalb to get to Chicago.

A comprehensive public transportation study approved at a recent City Council meeting will examine if it’s feasible to establish the service in DeKalb and DeKalb County. The study allows the city to take a close look at ridership needs, transportation options, environmental effects and how much it would take to bring a commuter rail service DeKalb.

City Manager Bill Nicklas said that  for a long time, the city hasn’t had the opportunity to explore the idea of bringing commuter rail service to town. “Until only recently, we’ve always been discouraged even traying to investigate this,” said Nicklas.

Click on this link to read the article published in the Daily Chronicle City of DeKalb leaders forge ahead with transportation studies, Metra among possible connections