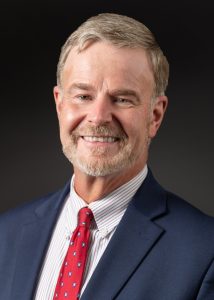 Mike moved to DeKalb with his family when he was six years old.  He attended DeKalb High School and NIU at the undergraduate and graduate level.

His first job was at Kishwaukee Community Hospital as an orderly (back when there were orderlies), and soon switched his focus to become a Respiratory Therapist.  In addition to Kishwaukee Hospital, he practiced Respiratory Care in a number of hospitals in the Chicago area including Northwestern Medicine, University of Illinois Hospital, and St. Francis in Evanston.

He came back to Kishwaukee Hospital to become the Director of Cardiopulmonary Services, and eventually expanded his scope to include ambulatory services in Hampshire, Genoa, Waterman, Rochelle, and Plano as Assistant Vice President, Marketing and Planning.  Ambulatory Services included physician practices, rehabilitative services, and behavioral health.

When Kishwaukee Hospital became part of Northwestern Medicine, he initially worked in the Strategy Department before becoming Vice President, Operations for Kishwaukee and Valley West Hospitals.

He has served on the boards of a number of community organizations, including Safe Passage, the YMCA, DeKalb and Sycamore Chamber of Commerce, and DCEDC. 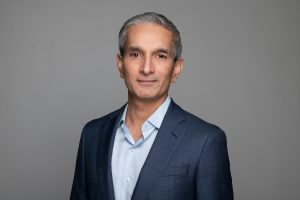 Pramit is the president and CEO of eo5 Hotels which owns and operates the Hampton Inn and Home2 Suites located on Annie Glidden Road in DeKalb, IL.  His company takes pride in being part of the community though support and philanthropic efforts for the city and local businesses.

Pramit has invested over 10 years in the hotel industry with experience in developing, operating, and managing multiple Hilton, Marriott, and IHG franchised properties.  He is actively working on growing his portfolio with a heavy focus in the Midwest area, especially DeKalb County.

Pramit is a graduate of Northern Illinois University and currently resides in Chicago with his wife and two children. 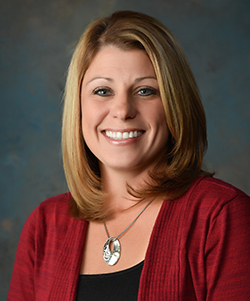 As executive director of the DeKalb County Convention and Visitors Bureau, Cortney Strohacker is responsible for leading the County’s tourism marketing and development efforts.

A longtime DeKalb County resident, Strohacker has spent nearly a decade cultivating and developing strong relationships with the local municipal, business, and community service leaders through her efforts to promote attractions, events and economic opportunity in the area.  She serves on the boards of the DeKalb County Economic Development Corporation, The Kishwaukee College Hospitality Advisory Board, the DeKalb Chamber of Commerce and is an ambassador at the Genoa Area Chamber of Commerce. She lead the communications team of DeKalb County UNITES, a grass roots effort formed to drive a positive economic impact during the pandemic. She is currently the chair of the Opportunity Unbound DeKalb County communications and branding strategy committee.

Strohacker is a graduate of Northern Illinois University and she currently resides in Kingston with her husband and two children. 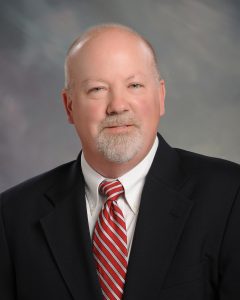 Kevin Lamb is the Senior Vice President/Chief Financial Officer at IDEAL Industries, Inc.  IDEAL is a Sycamore-based global manufacturer of electrical and electronic products with 2,500 employees across 9 countries.

Kevin has been with IDEAL for 4 years and has been a CFO focused on middle-market, privately held manufacturers for the past 30+ years including Sauder Woodworking Co., Sagus International, Plymouth Tube Co., and Nelsen Steel Corp.  Previously he was a consultant at Deloitte.  His focus is to add value to his companies and customers through financial excellence, strategic thinking, and empowered management.

Kevin has a Bachelor’s degree from Eastern Illinois University and an MBA from the University of Chicago, along with CPA and CGMA certifications.  Kevin has served on six “for-profit” boards of directors and currently is a director at Nelsen Steel. 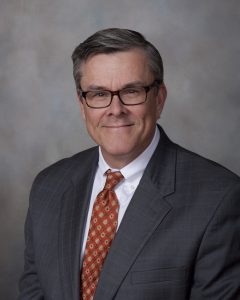 Frank Roberts is a Vice President of Commercial Banking with First National Bank.  His job is about serving the community by helping local businesses fulfill their visions and meet their goals.

In addition to his recent appointment to the DeKalb County Economic Development Corporation Board of Directors, Frank has served as past Board President for the DeKalb County Community Foundation and ReNew DeKalb, amongst others.

Roberts earned his Bachelor of Science in Economics and Management from DePauw University in Greencastle, IN.

Roberts and his wife, Sue, live in DeKalb and have six fantastic children and three grandkids.