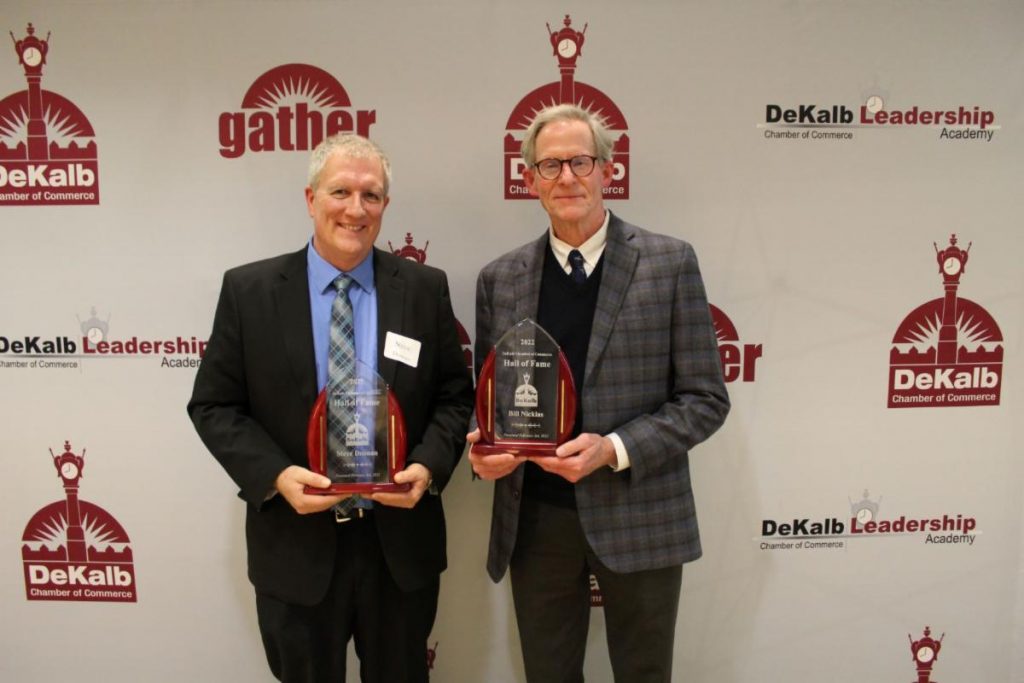 City Manager and longtime Executive Board Member on the DCEDC Board, Bill Nicklas, was inducted into the DeKalb Chamber of Commerce Hall of Fame at the annual dinner hosted by the Chamber at NIU’s Barsema Alumni and Visitors Hall on February 3rd, 2022. In the pre-award speech given by DeKalb, Mayor Cohen Barnes touted the dedication, leadership, and overall value Bill has added to the community. Having served in the City of Sycamore, Kishwaukee College, NIU, and now a 2nd tenure in the City Manager role at DeKalb, Bills impact on DeKalb and making this a great community for all goes without saying.

We at DCEDC, on behalf of the Board of Directors, members, and the staff, extend our warmest congratulations to Bill!