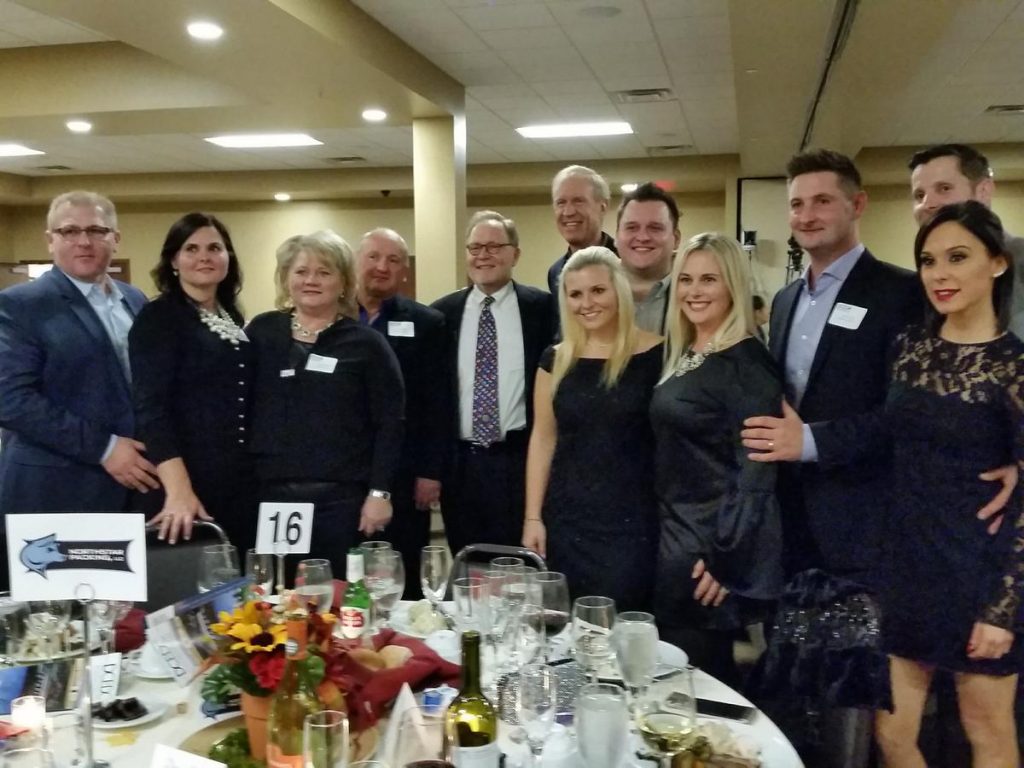 Gov. Rauner poses with guests at the DCEDC dinner in DeKalb.
Photo by Susan Stephens / WNIJ

Rauner praised the crowd for being part of what he called one of the best economic development organizations in the state. He also said the area could do a lot better if federal courts rule in his favor by rolling back regulations on businesses.

Rauner promised to work hard in this final year of his first term to reverse the income tax hike and lower property taxes. He also said he wants to support more collaborations between businesses and state universities, especially in research. “We need to integrate with your businesses and get students to do internships and research and immediately starting companies while they’re students,” he said. “We are going to boom.”

Rauner said he was inspired by research collaborations he saw in Israel. He also announced he plans to visit Europe in March to try to lure companies to Illinois with the promise of lower taxes.

During his visit, Rauner also toured parts manufacturer DeKalb Forge. Addressing employees after the tour, Rauner said the success of operations like DeKalb Forge serve as a barometer for how the state is performing overall.

WNIJ’s Dana Vollmer and Emily Reed contributed to this report.