The Kishwaukee College Foundation is proud to announce the creation of a new fund honoring former faculty member Robert L. “Smitty” Smith thanks to a donation from Dr. Dale and Sharon Evans.

The Evanses donated $5,000 for the assistantship with a matching donation from Abbott Laboratories, a former employer of Dr. Dale Evans. The fund will provide financial support for an on-campus assistantship for a student studying in science, technology, engineering or math programs at the College.

“The Foundation is honored to work with Dr. Dale and Sharon Evans to commemorate the legacy of an inspirational instructor while providing new, hands-on learning opportunities to current and future Kish students,” said Dr. Kayte Hamel, Executive Director of the Kishwaukee College Foundation.

Robert L. “Smitty” Smith was a highly regarded instructor in the science department during Kishwaukee College’s early years from 1968 to 1975. Both Dale and Sharon said Smith and several other instructors were imperative in providing mentorship and educational and career opportunities.

“The faculty took both Sharon and me under their wing and really encouraged us. Had it not been for Kish and the mentorships we received, I am totally convinced we would not have experienced what we have today,” Dale said. “I can’t imagine what my life would be without their support.”

Sharon, who was part of Kish’s second graduating class in 1971, studied data processing. While a student, Sharon worked as an administrative assistant and, following graduation, as an instructor. Dale, a 1972 Kish graduate, worked closely with Smith as a lab assistant and helped develop the College’s pre-veterinary curriculum. Both Dale and Sharon credit the influence of instructors like Smith and Terry Martin for encouraging them to advance their education. Dale earned his Doctorate of Veterinary Medicine from the University of Illinois and practiced a successful career in his field. Sharon continued working in higher education as a programmer and computer analyst and later earned a bachelor’s degree from the University of Washington.

The assistantship will provide on-campus work-based learning opportunities to current Kish students like Dale and Sharon received during their time at Kish.

“We want to provide an opportunity for someone to go to school and earn an income,” Sharon said. “Hopefully this assistantship helps a new generation of students find mentorship and discover their interests.”

For more information on the Kishwaukee College Foundation, visit www.kish.edu/foundation. 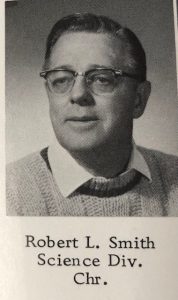 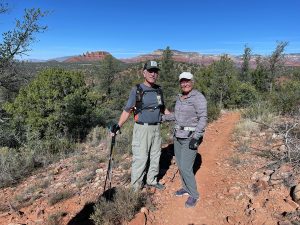