Sophomore Ahmed Elfaki was seated as the new Student Trustee on the Kishwaukee College Board of Trustees at the December meeting. Elfaki will finish the term of outgoing Student Trustee Dakota Montavon.

Elfaki’s journey to Kish started after his family sought refuge from Sudan, where Elfaki was born and raised.

Elfaki graduated from Sycamore High School in 2019 and said he chose Kish for its affordability and strong foundational education. He is studying engineering science and noted an interest in taking advantage of Kish’s transfer program with Northern Illinois University upon graduating.

“I hope to make the student’s life at Kish more engaging and unchallenging,” he said. “My number one goal is to increase student involvement at Kish and to be the accurate voice to the students and actively pursue their needs.”

“I’ve learned that there are a lot of important matters that go into running a community college, but it’s incredibly important not to lose sight of the student’s experience and how to improve it,” Montavon said.

One initiative Montavon said he would like to see continued was the work with the College’s food pantry, Kody’s Cupboard, and sees room for growth to better help meet student needs.

During his time at Kish, Montavon was involved with the English Honor Society Club, Phi Theta Kappa, National Society of Leadership and Success (NSLS) and the Performing Arts Club on campus. He also served as a peer mentor for TRIO student support services. 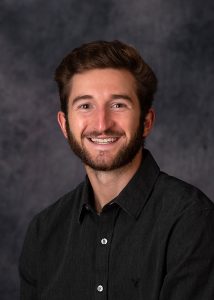