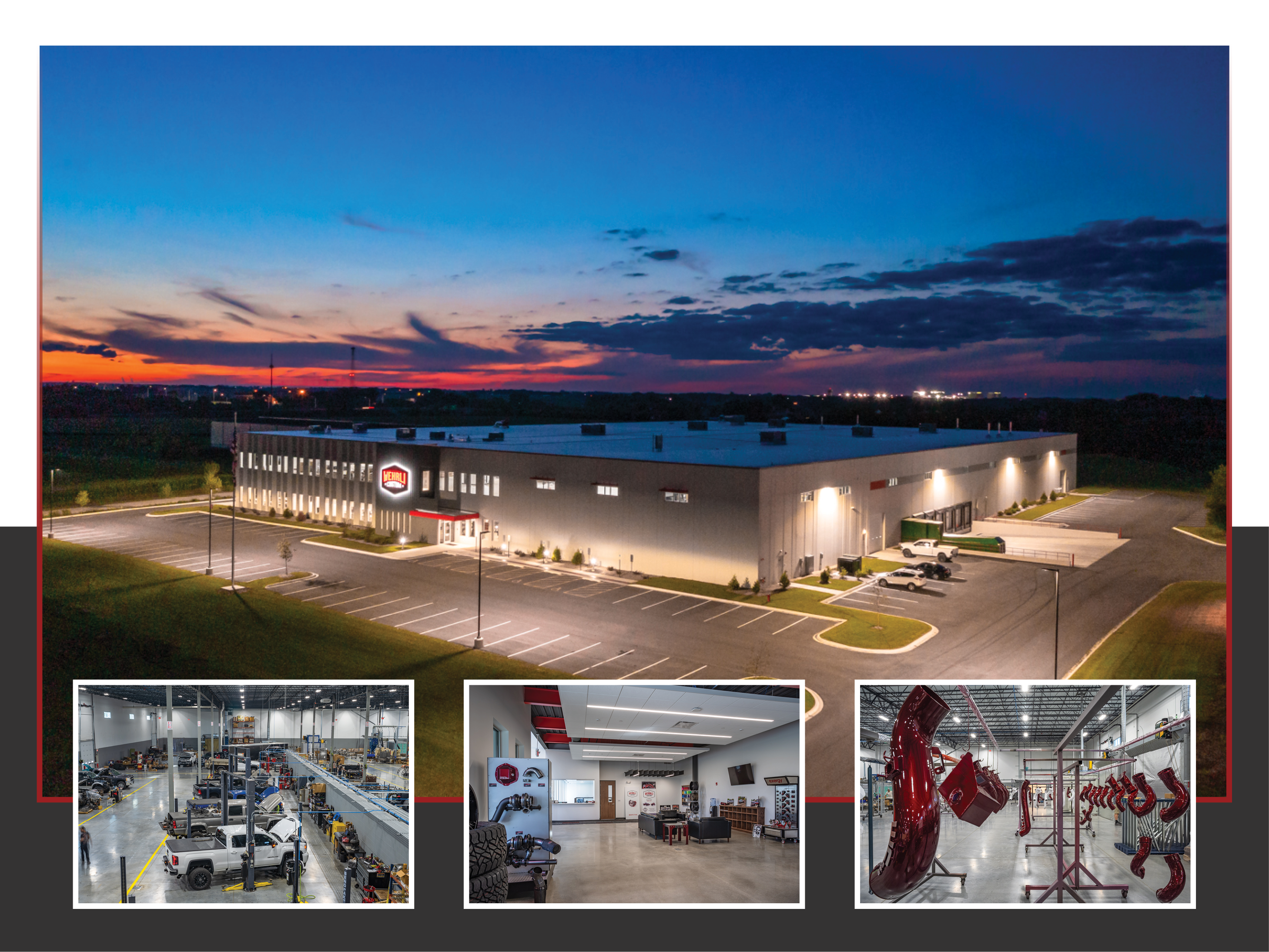 The facility marked an exclamation point for unprecedented growth and a dramatic business expansion story after the business was started from a two-truck garage a little more than ten years ago.
“Krusinski built a great team who worked together to achieve our ideas and goals for the project and brought it to life. Working with another family-owned company was powerful since we are the same.” – Jason Wehrli
The new precast facility sits on an 11-acre site, which provides the potential for future expansion by Wehrli, which specializes in high-performance diesel upgrades, powder coating and custom metal fabrication. The building features a two-story, 12,000-square-foot office area, with elevator-accessible space on the second floor for future expansion consideration.

Read more about the Wehrli Custom Fabrication Project by KCC