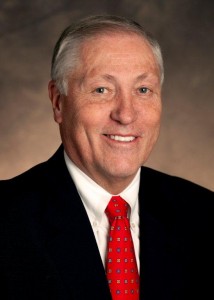 Retail veteran  Lyle G. Heidemann has more than 45 years of experience in the retail industry.  Most recently he lead one of the world’s largest retailer-owned hardware cooperatives,  where he lead the revitalization of True Value Company within the hardware business.

During his tenure, Heidemann guided retail growth and expansion through Destination True Value, the co-op’s 21 Century store format, transformed the culture from a wholesale focused company to a retail focused company and delivered consistent dividends to their shareholders.  Leading by example, Heidemann inspired True Value retailers, co-op associates and store employees to “Help Every True Value be the Best Hardware Store in their Town”.

Heidemann began his career in 1967 with Sears, Roebuck and Co., where he gained extensive experience in retail operations, merchandising, brand management, logistics, supply chain and merchandise systems.  During his lengthy tenure at Sears, Heidemann had exposure to many different operating units of the company, including, hardware, lawn & garden, sporting goods, appliances, electronics and home fashions, giving him a well-rounded knowledge of the industry.

He served as Executive Vice President and General Manager of Home and Off-Mall Stores until his retirement in 2003.  In that role, Heidemann directed some of Sears most profitable and successful operating units and brands, including Sears Hardware and Orchard Supply Hardware stores, Sears Dealer stores, Sears Auto Centers and National Tire and Battery stores and their commercial sales business and lead national brands such as Craftsman, Kenmore and Die-Hard.  He was responsible for more than $20 billion in revenue generating businesses.

Heidemann holds a Bachelor of Science in Marketing from Northern Illinois University and is on the Advisory Council for the College of Business at NIU. He has also served on the True Value board of directors the True Value Foundation board and the Circuit City board.  He currently resides in Crystal Lake, Ill with his wife Ann, also a NIU graduate and was born and raised in Grant Park, Ill.

ComEd’s Corporate Relations department is excited to announce that applications for this year’s Powering Communities Grant Program are now open! ...