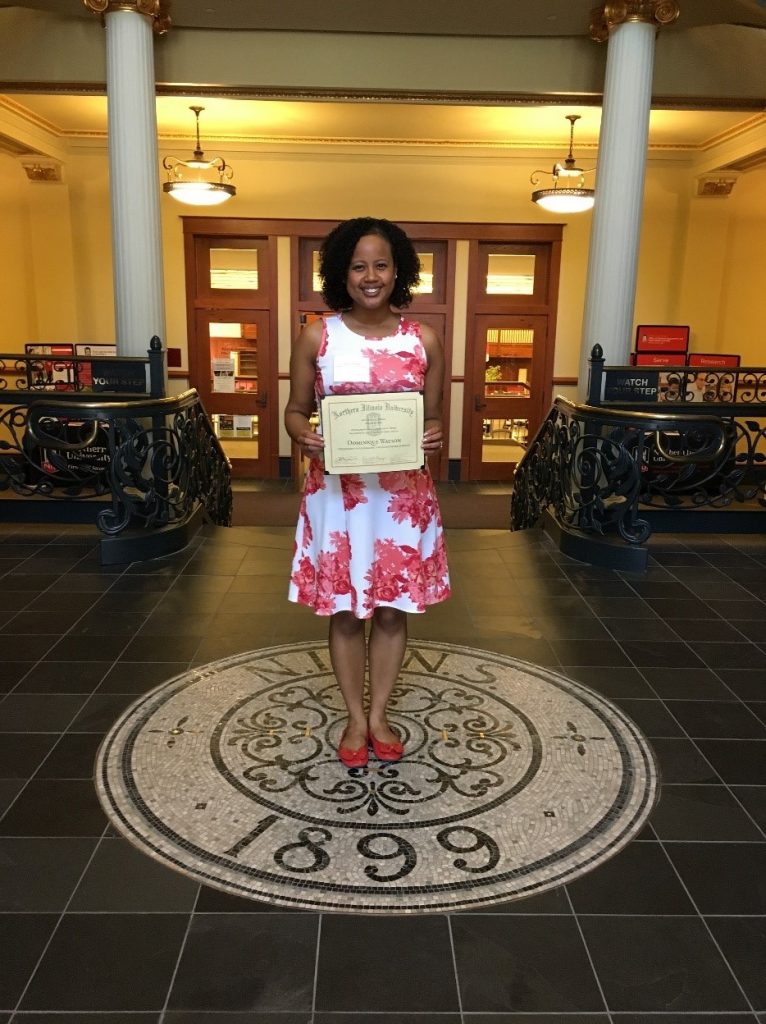 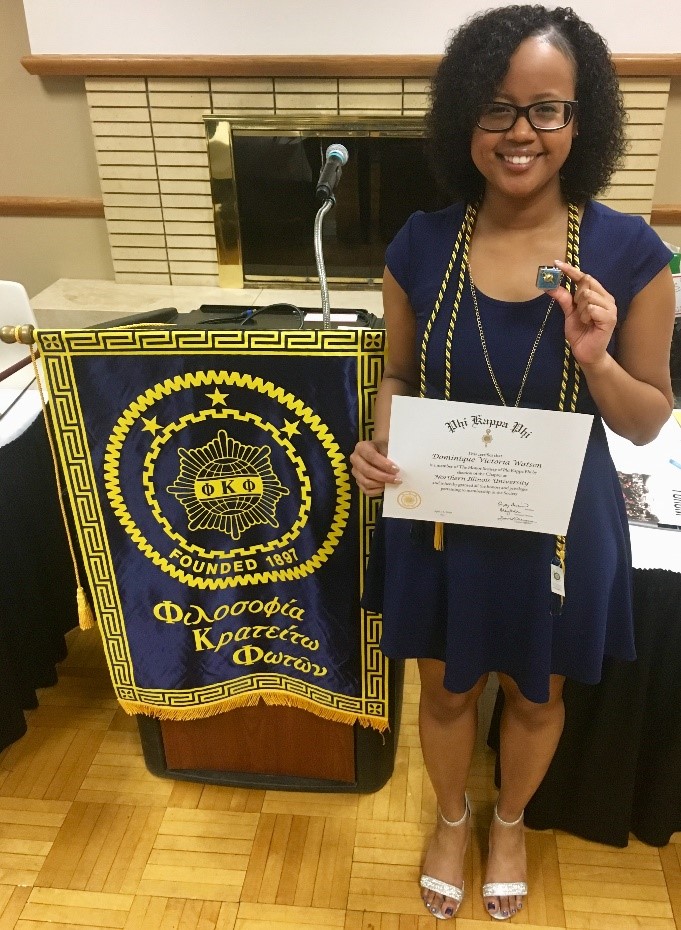 “Watson is among approximately 30,000 students, faculty, professional staff and alumni to be initiated into Phi Kappa Phi each year. Membership is by invitation only and requires nomination and approval by a chapter. Only the top 10 percent of seniors and 7.5 percent of juniors are eligible for membership. Graduate students in the top 10 percent of the number of candidates for graduate degrees may also qualify, as do faculty, professional staff and alumni who have achieved scholarly distinction.”

Watson is also an honoree of this year’s Outstanding Graduate Student Award, where she was nominated by the faculty under the Department of Geographic and Atmospheric Science, and a recipient of the Richard E. Dalberg Scholarship that is awarded to undergraduate or graduate students pursuing a degree in Geography with an emphasis in cartography or GIS. 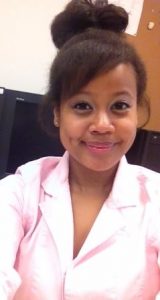 Dominique Watson is the Graduate Research Assistant for DCEDC as of August 2017 via a partnership with Northern Illinois University’s Department of Geographic and Atmospheric Science. Dominique assists the Executive Director in collecting and analyzing data for information requests and composes reports and presentations. She is also in charge of updating and maintaining DCEDC’s property listings database and affiliated websites while assisting with events. She also coordinates DCEDC Business Retention and Expansion Committee meetings and site visits.

Dominique is a graduate student pursuing a Master of Science degree in Geographic and Atmospheric Science from Northern Illinois University. Her research focuses on natural hazards and environmental risk, economic geography, and Geographic Information Systems (GIS). She graduated with a Bachelor of Science in Meteorology with a minor in Geography and received her GIS Certificate at Northern Illinois University in 2016.

Dominique previously worked as an intern for the DeKalb-Sycamore Area Transportation Study (DSATS) that is housed under City of DeKalb and has recently completed GIS-based projects for the park district under DeKalb’s Park District board president, Philip Young.